Have you ever had anything really weird happen that didn’t seem to have a logical explanation? I had an experience like that last summer.

My husband had gone to buy some paint. There is some identifying difference that always distinguishes the sound of our car from the rest of the traffic going past, and around mid-morning I heard the familiar sound of our car approaching but still some distance up the road.

It was a very warm day and all the windows were open, so I could hear the engine slow as the car approached and turned into our driveway. I heard the engine stop and the sound of the car door being opened and then slammed shut, and a few seconds later the squeaking of the gate as it was opened… then my husband’s footsteps as he walked up the stone path.

These were all familiar sounds that I have heard hundreds of times.

I heard my husband start up the steps to the porch, the sound of something heavy hitting one of the steps, and my husband’s voice (he sounded angry)… then silence. By this time I was at the door… to my surprise my husband was nowhere in sight. And even more surprising, there was no car in the driveway. 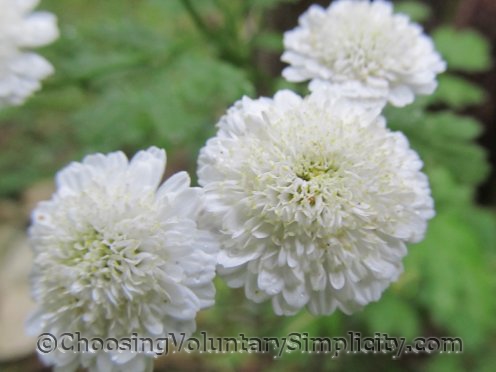 As I stood there wondering what had just happened, once again I heard the distant sound of our car coming down the road.

I watched as our car slowed, turned into the driveway, and stopped.

I watched as my husband opened and slammed the car door, opened the squeaky gate, walked up the stone path, and then started up the steps to the back porch with a gallon of paint in each hand.

I watched as he stepped onto the third step and as the handle on one of the paint cans came loose… and I watched as the can hit the step with a loud thud and broke open, spraying paint all over the steps and my husband’s shoes and legs.

And I listened to my husband’s angry voice as he made a few appropriate comments.

It wasn’t just me… there were two other adults here that morning. We all heard the same sequence of sounds… and we all heard them twice. I know there must be a logical explanation.

I just don’t know what it would be.

Something amazingly similar happened to me. I was in the garage when I heard my grown daughter and children arrive. I heard my wife and daughter talking and the voices of the children but when I left the garage no one was there. My daughter actually arrived about five minutes after that. This happened probably ten years ago but I have never been able to figure it out. An interesting postscript is that my daughter at that time lived a considerable distance away and her visit was totally unexpected. There is no way I could have anticipated her arrival.

My grandfather used to tell the story of how he went to answer the door one day and saw the neighbor coming up the walk. My grandfather insisted the neighbor had knocked loudly on the door before he had opened it and the neighbor always insisted he had not knocked because he hadn’t even gotten to the door yet. They never did resolve the dispute. Perhaps they were both right.

We are now in the time of “no time”. It has an Order and Pattern but is not logical in the “homo sapien” sense.

A few months ago I was driving from work to pick up my children at school. The route I was driving was about 10 miles and involved heavy traffic, several stop lights, and turns. I left my work and the next thing I knew I was at the school and I had absolutely no recollection of the drive there. The usual amount of time had elapsed, but I wonder what happened and why I don’t remember the drive. Weird I know.

I wonder if this is something like those times when someone is talking and you get the feeling that you have had the conversation before even though you know you haven’t and you can almost know the words the other person is going to say before they say them. Yours sounds almost like the opposite of deja-vu.

We only understand a minute amount about our universe, these things happen often to a myriad of people everywhere.

Perhaps for a moment in time you slipped into another time frame, who would know, but I love the mysteries that surround us daily:)

Enjoy your blog Shirley and am glad I put it on my RSS feed. I’ve always heard that time is an illusion. Who knows?

sounds like some kind of time warp or something.

I believe you were given a gift. The fact that two other people were there is of no importance except that they were witnesses. When you went to the door and your husband was not there, for a split second, before your “logical” brain took over, there must have been a fleeting feeling of dismay and loss. So fleeting it probably didn’t register.

But he did return. And everything happened as it had done minutes before. The spilled paint was nothing compared to the possible loss of a dear one.

I don’t want to sound trite here, but sometimes God speaks to us in mysterious ways.

I absolutely have shivers reading about that. Very cool, and thank you for sharing. :)

I’ve had a similar thing happen where I’d heard knocking and a voice at the door and I get up to answer it, only to find that the person belonging to the voice is still some way from the door. I asked if she had knocked and walked away, but she insisted that she was just on her way to the door when I opened it.

I had something somewhat similar happen years ago when in dream I saw a tornado coming towards me and my family. It was just for a split second but was very real. The next day I walked into the room as a tornado that had just happened in another location was being shown on TV. It was the exact scene from my dream. Now, you may think all tornadoes look alike but having spent many years in Oklahoma I know they are all very different. These two were identical. In talking with a friend as to why this occurred she thought I was being taught that one can be warned about coming events and to pay attention. I agree so maybe this is the lesson you are to take from the experience.

Hi Shirley!
This is Evandro from Brazil – so sorry for my poor English!!!
Well, do you believe in spirituality? We all have protector spirits sorrounding us, some of them appointed to be with us through our whole lives!! That’s why sometimes we have ideas that literally save us, that impove our jobs, or that just make our lives better.
Some people are more sensitive than others… But how do they discover it? By paying attention to the “coincidences” of life just like this one happened to you. If they become more frequent, you could me a “medium” as we call in Brazil.
Please, contact me if you want more information. This information I wrote is part of what “Allan Kardec” wrote in the 19th century, a religion called “Spiritism” very popular in Brazil and France.