At least the new telephone company did exactly what they told us they would do. The regional manager I spoke to originally had said they were going to try to find the source of the problem while it was still happening, and during this most recent rainy period we have seen at least two telephone repair trucks driving past at various times during the day. No one actually came to our house or stopped at any of the telephone poles nearby, but at least we knew the repairmen were in the area. We had been told that this time they would “stay on it” until the problem was fixed, even if that meant completely replacing the thirty-plus year old telephone lines between our house and the switching station, which is about a mile and a half away. Given the end result, I think we can be pretty sure THAT did not happen… and also that the location of the problem area was already known. 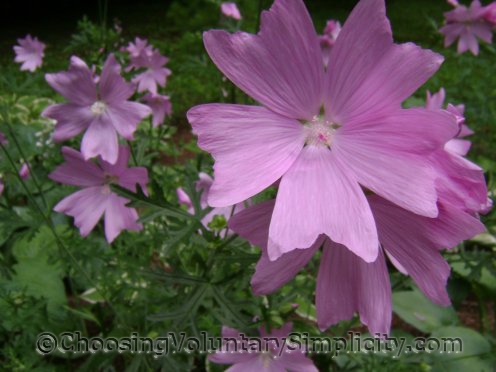 No one has yet told us what the fix actually was, but the moisture problem does seem to be solved. Yesterday was very wet, with fairly heavy rain, and not only did we keep our telephone service… the dial tone is strong and clear and there is no deafening static or hum on the line.

That’s the good part. Unfortunately whatever was done to fix the moisture problem has also lowered our dial-up Internet connection speed. We’re chugging along now at a steady 26.4Kbps, and this isn’t even something we can complain about or expect help with.

In the end it was a trade-off… much lower connection speed, but no longer partial or complete loss of telephone service every time it rains.

Did we win this one? I’m not sure.

What Are the Odds?

Our Happiness or Unhappiness Depends…

I fought the same sort of battle, and was told similar things to what you have heard. However, while there is no guarantee of a data connection speed, there was a fax requirement. Once I started complaining that faxes would not transmit/receive without errors, etc., they had to fix the line. Surprisingly, (not) once the line was properly repaired, the dial-up worked much better.

I had the static and hum on the lines also where i live at. I called the phone company that i was with the repair guy told me it was in my head. So i switched to the cable company and have been happy every since.

I went through this with Verizon a couple of years ago. It took several phone calls until they finally sent someone out and agreed with me that the line from the pole to the house was in sorry shape and strung a new line. Labor time was about 30 minutes. Repair guy estimated that the phone line was installed in the late 1960’s and blamed squirrels.

I was working from home and I got very heated with the repair line person the final phone call. I think telling them I had a business and that not having DSL and phone was losing me money and threatening to switch to the cable company is what really got me results.

End of story, I switched to the cable company too. Only downside to cable phone is if the electricity goes out, so does the modem that powers the phone system.

Check and see who regulates internet in your state.

In NY, for example, telephone is handled by the Public Service Commission, a state agency. That’s where NYers complain when a utility fails to address telephone problems. The PSC gets immediate response.

But, in NY, internet — ALL internet, even over the telephone line — is handled by the Attorney General. So far not as effective.