It was a discouraging day. A representative from our telephone company had finally admitted that the company was unwilling to put the necessary time and money into a permanent fix for our incredibly bad telephone line. And then the district manager for this company announced publicly that the long promised DSL would not be available in our area after all.

We work from home and we can’t do the work we do without a functioning telephone and a reliable Internet connection. Unfortunately, the telephone company we have is the only one offering service to this area and there are no other telephone or Internet options available to us. There is no cell phone coverage and no satellite broadband reception here because we live in a valley surrounded by mountains. Wireless broadband is not a possibility either because the mountains create a “shadow” that blocks the signals. 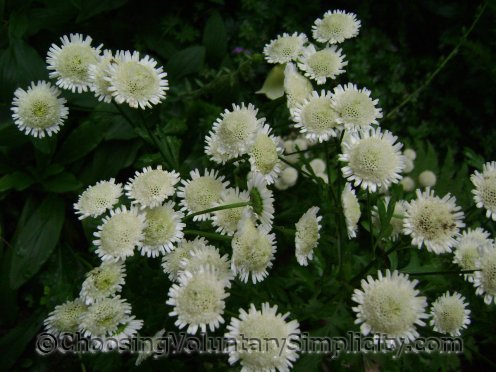 After all the preparation work that had been done in this area, we found it difficult to believe that the DSL project had just been abandoned. Obviously we weren’t getting any help from the district manager or the other local people we had been talking to, so I decided to call the regional customer support line for the main company. The woman I spoke to there said they had just become aware that the district manager had been giving out erroneous information and of course the DSL was being made available to our area. She said I could place an order right then if I wanted to and there would only be about a week’s wait before the DSL would be installed. I did place the order but the actual date of the installation was pushed back several times because so much work needed to be done before the telephone lines in our area were ready to handle DSL.

But finally… one night around seven thirty, two technicians arrived at our house to install the DSL service. Afterward, when they checked the connection speed at the network interface box on the outside of our house, they said we had very good numbers and they thought we would be extremely happy with how fast the connection was. And we were… for about fifteen minutes after the installers left. Then a massive thunderstorm came up suddenly with torrential rains, and when the storm was finally over, we discovered that our wonderfully fast Internet connection speed had dwindled down to almost nothing. Obviously, the moisture from the rain had done its thing to the telephone lines again.

As a DSL customer, we now had access to the telephone company’s technical support line and we soon found that a complaint about a DSL problem received a much faster response than any of our previous complaints about the problems with the telephone line. We were surprised when early the next morning, a technician arrived to check the DSL service connection in the box on the outside of our house. It was unfortunate that he had apparently sight unseen already diagnosed our problem as “inside wiring.” One of the first things he said, before he even opened up the network interface box, was that the old “pre DSL” wiring was almost always the cause of problems in situations like ours. Even when we told him that we had been having this same problem every time it rained for almost seven years, and that previous technicians had told us the cause of the problem was definitely not inside our house, he kept insisting our house wiring was at fault. He said the proof was that the numbers coming to our network interface box were very high but that the numbers coming from the terminal with “house wiring enabled” were very low. He then packed up his tools and was preparing to walk away. We knew if he actually did leave, and especially if he wrote on his report that the problem was our house wiring, we would not only be charged a considerable amount of money for this visit… it would be next to impossible to convince the company to send another technician out here again.

It was at this point that my husband pointed to a module in the network interface box… the module that connected the point where the signal was good with the point where the signal was bad… and asked, “Have you ever thought of testing THAT?” The technician quickly assured him that this module was called the “half ringer” and they almost never go bad, and that besides, he didn’t have any replacements in the truck. My husband said he would appreciate it if he would test the module anyway… the technician reluctantly agreed… and then became very embarrassed when the test proved that the half ringer itself was defective. Suddenly the technician became much more personable and was even gracious enough to say that his previous diagnosis had been totally wrong. Luckily, he did have a replacement module in the truck after all, and the installation was a simple plug-in and connection of two wires. When he did the signal tests again, it registered the same full strength signal with the house wiring disabled or enabled. We also, finally, had the full DSL speed in the house as well.

The technician seemed inspired by his success and much more interested in solving the problem of moisture, and he said he had been told to devote his entire day to our deteriorating telephone signal. He said he would follow our telephone line and permanently fix whatever areas were faulty, so the phone and DSL would probably be on and off for the rest of the day as he made repairs… and they were… but we were encouraged because during the on times the signal was strong and the noise on the line wasn’t as overwhelming. Around 8:30 that evening, we discovered that we had no DSL, no dial tone at all and very loud crackling and static on the line, and it was very dark outside, so we were pretty sure that no one could still be working on the line. Just after eleven pm a very faint dial tone came back, so I called the repair office again and explained what was happening as well as I could over the very loud noise on the line… only to discover that our case had been marked as closed, problem solved. The woman at the repair office said that since it was obvious to her that the problem still existed, she would mark our case as highest priority and promised that a technician would come back early the next morning and work on our problem until it had actually been resolved.

We knew something had been done the next morning when the phone noise suddenly stopped and the DSL signal came back at full strength. Just before noon a different technician called and said he thought he had found the source of our troubles… a group of exposed cable connections in the woods about a mile from our house. He said he could measure “significant degradation” of the phone and DSL signals as they went through those connections and that the degradation would increase when the connections got wet. He had replaced all of the connections, he said, and was confident that our moisture problem would be gone for good.

That was a week ago. Since then it has rained almost every day and much of the rain has been heavy and lasting for several hours at a stretch. It has been very hot, very humid and very, very wet!

After all those years of “I can’t hear you” conversations and snail-slow dial-up Internet, the clarity and speed we have now seem almost too good to be true!

What Flowers Are Blooming In My Garden?

Wow! Sounds like you have excellent customer service there! That kind of service is almost non existant from the phone company here. Fortunately, we don’t need it. We have only cell phones out here, no land line, and we have wireless internet from a private company.

Glad it all worked out!

Long time to get there! Your patience is in great supply.

My sister had an experience very similar to yours. She had a longstanding phone problem that she just couldn’t get the phone company to do anything about, then DSL came to her area and she signed up. Suddenly she became alot more important to the phone company and they fixed the problem at the same time they set up her DSL. Glad your problem worked out OK too!

You people are very patient. I don’t know what I would have done in your situation, but I bet I wouldn’t have been able to be as pleasant about it as you were. I admire that. It’s great that it paid off for you too in better internet and phone service. I really like your blog and think it’s one of the best ones I read. Thanks for all you do!

Great news!!!!!! I read your other posts about your telephone and internet and I have been rooting for you guys. Your perseverance did pay off. Way to go!!!!

Congratulations! I think about you all every time I call my future in laws – they had the same crackling problem until lately. Think about all the time and stress you’ll save yourself now :o)

I applaud your husband…LOUDLY!!! If he had not insisted, if the tech had left, if, if if!! But, you have succeeded – obviously NOT an easy accomplishment against the phone company! CONGRATULATIONS!!!!

Your patience and persistence are admirable. The situation you describe was intolerable.

What your story demonstrates with absolute clarity is the horrendous state of “customer service” today. There is no such thing. Between voice mail systems designed to drive you away, and bureaucratic nightmares like your situation, the paying customer has become an irritant to many businesses. Think about what has happened to airplane travel if you want another strong example.

Good for you in resolving your problem. But, I’m pretty sure you were an isolated incident. That phone company is counting on the next person with the same problem to simply give up.

Your story is way more common than it should be!! Our internet server is always saying the problem is INSIDE the house…and hubby has shown them time and again it is not. Probably because it is a relatively easy way for the company to make a lot of money they choose to deal with it this way. We see cable coming about a mile from us…so one of these days we WILL NOT be with this server!!

And what a great lesson in patience for the rest of us.

God bless you both, and the repairman, too!

Awesome. I was expecting a bad ending and was pleased as could be that there was indeed a happy ending. Nothing like broadband (and a functional phone) to make one happy. Minimalist or no :)