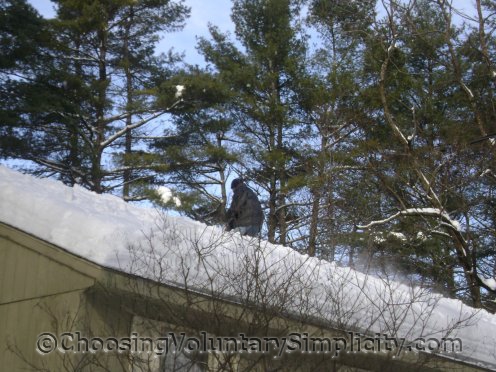 As of right now, all the driveways and paths have been shoveled, all the roofs have been cleaned off… AGAIN… so I suppose we’re ready for the next “major storm” that is supposed to arrive tomorrow.

Remember what Eeyore said in the A.A. Milne book The House at Pooh Corner:

“Yes,” said Eeyore. “However,” he said, brightening up a little, “we haven’t had an earthquake lately.”

Oh, and about not having that earthquake…

I Believe That the Very Purpose of Life…

A Plethora of Mushrooms

We had an earthquake too right after 11 inches of snow. Our dogs heard it first and started to howl. Then we felt the shaking. Not something we have very often but it seemed odd.

I love your quirky sense of humour and Eeyore’s quote certainly fits the weather situation this winter. We have had more than a foot more snow than any time since I have been keeping records for the past 18yrs. We hire a neighbor to plow and shovel our driveway. I think he must now be independently wealthy. Keep up the great work here on this blog.

I’m a southern girl all my life and it never occured to me that roofs would have to be shovelled. I read your post and was wondering why anyone would shovel on a roof and then there was a news report about a library roof that had caved in from the weight of the snow so then I knew. There are a lot of things I don’t like about living in a really warm climate but it must be more difficult with your extreme cold temperatures and so much snow. I love your blog btw.

Is this winter ever going to end???