One of the first things most people discover when they try to live a frugal lifestyle is that extreme frugality is almost impossible to live with long term. It’s a lot like dieting. You can cut back on what you eat in a sensible way that you can live with happily for the rest of your life, or you can go on an unhealthy starvation diet that will make you miserable and is impossible to maintain. Some people try to save money by cutting so much out of their life that they end up feeling very deprived… the reason, I think, why some people get so burned out… they try too hard and deny themselves too much… almost guaranteeing that they will end up feeling impoverished and very dissatisfied with their new lifestyle. 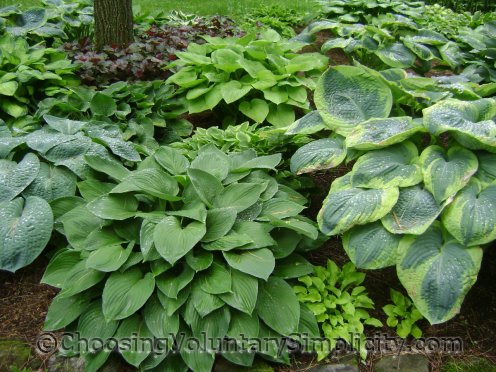 There are a couple of ways to tackle frugality. The first way is to find a less expensive way to buy or do the same things… sales, buying in bulk, doing it yourself, making do with what you already have, etc. The second way is to purge unnecessary expenditures. If it’s at all possible, try not to do anything that makes you feel deprived, poor, or cheap… those are hard feelings to live with. And whatever choices you make, start slowly and add only a few different or new habits at a time.

Many people see the grocery budget as the first place to cut expenses. And while there ARE many good ways to save money on groceries, it’s not a good idea to try to save money by reducing the quality or nutritional value of the food you feed your family. Watering down or eliminating milk, limiting vegetables and fruits, and relying on too many preservative laden processed foods because they are less expensive are not GOOD long term choices. A better idea is to look for savings that will have no impact on your family’s health. And sometimes the best choice isn’t the least expensive. For example, it isn’t true anymore that cooking from scratch always costs less, but the benefit of knowing what’s in the food you are feeding your family is certainly worth any extra expenditures… and that is what sensible frugality is. You save where it makes sense, and spend where it makes sense… instead of always looking for the cheapest option.

This same philosophy works in areas other than the food budget, and again, there is no one right way to be frugal. What is frugal for one person may seem cheap to another, and one person’s extravagance may be another person’s necessity. It’s up to you to shape the sensible frugality principle to your family, your lifestyle, and your wants and needs.

This is very well written! I have never submitted a comment but I want you to know I appreciate your comments.

I have been enjoying your blog for a few weeks now, it really is excellent and I certainly appreciate it. I’ll search through some past posts, but a big post on “living frugally” choosing voluntary simplicity style would be awesome!

I appreciate what you have written. I do worry about the quality of people’s diets and agree that sometimes the penny pinched adds pounds to our later problems. I am busy trying to get maximum value out of what we have. I want what we have to last as long as possible and to be as useful as possible/

This is a great post. Thanks for writing it. I am trying to live more frugally, and am finding it very difficult. I k now that I can do it. It’s just going to take time to figure out where to cut the costs. When our rent goes up (due to rising fuel costs) I have to find the money elsewhere to cover it. But where? I guess what it comes down to is also downsizing. Do I have something bigger than I need that I could sell and buy it smaller (like a tv), do I have extra of something of something I don’t use that I could sell? What are the extras on the food bill that we can do without? But really like you said about the dieting, that is how frugality is, if you do too much you break and don’t do anything. thanks again for the great post!

This is really articulate. I’m bumping up against a lot of these same issues as I try to slim down our budget without going overboard all at once. Thanks so much for your insight!

Very well written, sensible advice! I’ve been living frugally for so long I’ve just about forgotten how to live any other way, but it’s taken many years to discover some of the things you’ve included here. Diet was a big one for me to get a handle on. I discovered early on there’s a reason so many folks who are forced to make do with less are not slender, but over time, I’ve discovered there are ways to be both frugal and healthy.

The last couple years we’ve found it necessary to purchase some higher ticket items as our older appliances died off, the range, the fridge, the washer, and the water heater. If not for our frugal living habits, we would’ve had to make do without, or at the very least we would’ve had to purchase cheaper, much less efficient, and ultimately more expensive to use replacements.

you really make sense….some I have learnt by experience…what do you think of solar heating ??

Totally agree! I didn’t use to care about the meat and produce we bought. Until I visited the farmers market and got to try those luscious strawberries and tomatoes. Were they cheaper at the grocery store? probably, were the also of much lesser quality? Definitely!! That is why my husband and I have decided to start a garden. WE also recently shared the cost of buying half a cow from a farm near by with a group of people, and you could even taste the difference in the ground beef!! Now, I don’t think I will be raising cows anytime soon, but I will definitely switch from buying at the store to buying form a local farmer.

Trying manage my money is hard I am recently divorced living and supporting my myself alone trying my best to make it,still over spending on food and necessities can’t get it in control,I have no choice but try and eat right because of having gastric bypass I am back to eating unhealthy need to figure out soon thought I had it locked down but obviously I don’t no car for transportation and unhealthy eating that’s my issues I need balance