Home » Living with a Soy Allergy » Can You Trust Allergen Labeling?

Can You Trust Allergen Labeling?

I’m sure many of you with allergies have experienced the unpleasant reality of discovering that a product you have eaten for years and known to be allergen free (in my case, free of soy) suddenly begins to provoke an allergic reaction every time you eat it. This has been happening to me recently when I cook with several dried herbs and spices. I am familiar enough with what my reaction to soy is like so I can say with certainty that these herbs and spices in question now definitely contain some amounts of soy. The ingredient list, of course, does not mention soy. So yesterday morning I called the manufacturer to ask if there was any hidden soy in their chili powder and cinnamon. 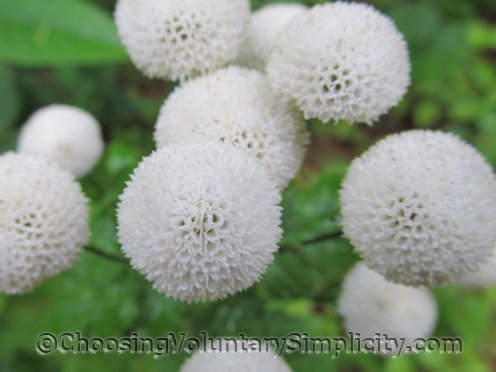 The first response to my questions was what I was expecting… an emphatic “there is nothing in any of those products that is not listed on the label.” When I mentioned that I was aware that some spices contain binders that are made of soy and asked if this could be a possibility, the response was not quite as emphatic. When I asked about possible cross contamination, the response was a lengthy lecture about cross contamination not being an issue, because any amounts of soy that found its way into the product through cross contamination would be so small that it would not be important… a statement anyone with a severe allergy knows is not true. When I mentioned that the soy allergy was life threatening and asked if she could tell me positively that none of these herbs or spices contain soy, the entire tone of the conversation changed. And of course the answer was no, they would not give me an absolute assurance that the items were soy free… and since the allergy was life threatening, their advice would be for me to avoid these products completely.

I make a lot of these phone calls, and the results are almost always disappointing. As unbelievable as it sounds, it appears that many of these customer service representatives who are dispensing allergen information to the public aren’t aware of the different forms an allergen may take. I have spoken to company representatives who have reluctantly given me an unlisted ingredient list that contained obvious soy derivatives, all the while continuing to insist that the product did not contain soy… simply because they did not know that some of these ingredients were derived from soy. I’m sure there is a similar ignorance for other allergens.

So there you have it. The current labeling law, while a step in the right direction, is not the solution that many of us were hoping for. In some ways I think the law promotes a sense of false security, because if a label does not list an allergen, the common assumption would be that there is none of the allergen in the product. Unfortunately, trusting completely in the labeling can make allergic people very, very sick.

The Most Valuable Things in Life

Buttons, Buttons, Who’s Got the Buttons?

I hear ya! I have a sulfite allergy, and these past ten years have changed everything for me. We rarely go out to eat anymore because I pretty much can’t trust anything … produce, seafood, processed foods, you name it. No restaurant likes to admit they are using processed foods in the back, but…

Thanks for the info, I had an allergic reaction recently and still haven’t been able to figure out what caused it. This info helps!

I’m running into the same thing… it’s so frustrating. Their automatic response is ‘we don’t add soy to our product’ then when you explain the million other things soy could be called they change a little bit, but usually say to read the label (duh) any allergen info would be listed… well go look at triscuits or wheat thins, you see SOYBEAN OIL in the ingredients, ALLERGENS: WHEAT. Hmmm, soy not mentioned… irritating!

Hi My grandaughter (3 yrs old) has an allergy to soy, dairy and egg so needless tosay trying to find reciepes is very hard and when I go food shopping it takes me hrs I need to read every label and then some This site has been so helpful to me but a soy allergy is very fustrating

I have been reading a lot of your posts about soy allergy – my 6 yr old is allergic. Thanks for your blog and the label issue is TRUE. Unfortunately, the more you call these companies, the more information you find out is sketchy! I guess ignorance was bliss….but, now we haveto be so very careful.

I’ve got 22 intolerances including soy and gluten. I eat meat, fish, veggies and salad. That’s it. Now I think I’ll switch to frozen veggies to be safer. I’ll have to shop for salad ingredients in local farmer’s markets that many areas now have at least once a week. I don’t eat fruit due to Candida right now. It’s become a mine field out there trying to find food that won’t make me ill. I buy no boxed or canned goods. I discovered my fish oil capsule contains safflower oil in the shell which isn’t listed on the label. I’m intolerant to that the most! I’ve been ill recently and now I know why.

Safflower in the fish oil capsule… That just solved a mystery for me. Thanks for sharing that tidbit. My immune system hates safflower oil. It makes me insane when a product lists several different oils as possibilities in their product. I have given up eating processed foods and make nearly everything from scratch. Backing up to simple ingredients is how I have dealt with the multiple food allergy/intolerance issues in my house. Batch cooking has helped me learn to meet the demands of providing everything from scratch for my family. If you have never tried batch cooking, it really does make life easier. By batch cooking I mean I make about 15 pounds of baked chicken breast at one time, some goes in the refrigerator, the rest goes in the freezer in meal sized portions, and gets used in a great variety of ways. I never cook less than 15 pounds of ground meat at a time. That gets stored away as well. During the weekend I cook enough sausage, pancakes, muffins and bread to make it thought the week. The pancakes are allowed to cool completely on a wire rack then go into a zip lock bag in the refrigerator. A little preparation makes the week so much more manageable.