We had a surprising telephone call today from one of the top managers at the telephone company. She said she had been reviewing our account record and the many notations about our “courtesy and understanding” during this long bout of problems with our phone service. Most people in our situation, she said, would have let their frustrations turn into anger, and she wanted to personally say thank you for our continuing calm and reasonable attitude, even though we are still having to cope with the unresolved problem.

We had no idea that a record was being kept of HOW we complained as well as what we were complaining about… but it is a good thing to be aware of. It does no good to vent your anger on someone who is just answering the phone and passing on information. Most people really do want to be helpful, but they are limited in what they personally are able to do. It always works better to stay calm, politely state your case, and work your way up the “chain of command” until you reach someone who is in a position of power. 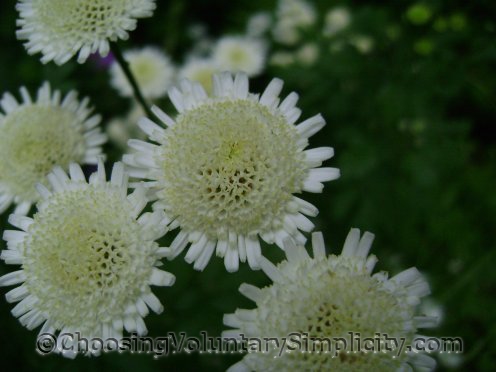 Many years of dealing with the public have reinforced our personal belief that we should always try to treat other people the way we would like them to treat us. This is a good idea during the good times, when everything is going well… but it’s an even better idea during the rough times, when nothing seems to be going right and we’re feeling frustrated and angry.

Wherever You Go, There You Are

As someone who answers the phone in a customer service department of a large online company, I really wish everyone would take your words to heart before they call with a complaint. It doesn’t help your cause to be rude or abusive. Like the saying says, more flies are caught with honey than with vinegar. Thank you for writing this post.

You are a very wise lady! I am always impressed with the calm way you handle difficult situations and at how fair you try to be to the other person. I just off the telephone with an extremely abusive customer and I went to your site to cool off. As always I found the calmness I was seeking. I just wanted to say thank you for being there and for being a voice of reason.

My job required making and receiving phone calls. Everyone is burdened with something. Still they are willing to help if allowed to do so. I was often amazed at co-workers who complained that they could not get the desired results, info or assistance. It was obvious why, grumpy demanding folk just don’t tweek my interest of the interest of others.