Choosing Voluntary Simplicity has always run under WordPress with a version 4 MySQL database… unfortunately, all the newer upgrades to WordPress require a version 5 MySQL database. My hosting provider told me that the conversion from 4 to 5 was going to be more complicated because of the size of this blog, but they agreed that the conversion was something I needed to do for security reasons. I’m just glad I didn’t know how big a part Murphy’s Law was going to play in the process! 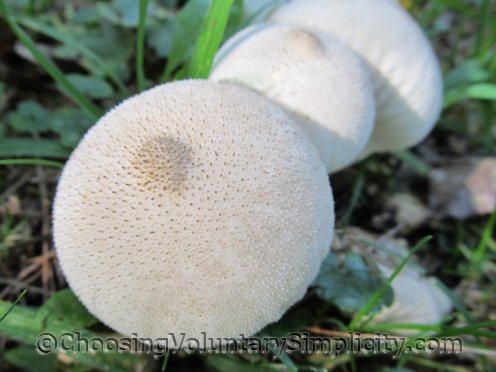 I spent some time reading all the instructions and breaking the process into supposedly straightforward steps.

Step 1. Back up the web site. I do this all the time anyway so this was no big deal.

Step 2. Download the version 4 database (and the commands used to create it) into a file on my computer.

Steps 1 through 3 went smoothly. Then came step 4. It should have been simple. All I had to do was upload the file I had created in step 2 into the new blank version 5 database.

The problem was… NOTHING happened. After about eight tries, I called the hosting company for help. A technical support person spent over an hour on the telephone with me trying to figure out what it was that wasn’t happening. Obviously something at the hosting company wasn’t allowing the new database to accept the copy of the Choosing Voluntary Simplicity site, and the support people told me they had no idea what that something was. Finally they asked me to just send the file I had created in step 2 to them by FTP… and their technical people would figure out what was wrong and manually import that file into the new version 5 database. They estimated it would take thirty minutes to one hour to find the problem.

Over three hours later their email arrived saying that they had eventually managed to import the downloaded copy of this blog to the new database, and would I please check on the version 5 database to make sure that everything was OK. It was… except for some random posts and comments that had mysteriously disappeared.

Finally things were looking up. The only thing left to do now was to upgrade WordPress itself, which I knew from past experience would take only a few seconds.

Except… it didn’t work out that way. Clicking the “Upgrade” button resulted in an error message that WordPress had run out of memory and could not perform the upgrade. I researched that error online and discovered that this is a common occurrence when an older version of WordPress is being upgraded. One solution is to temporarily increase the PHP memory limit, but my hosting provider not only won’t allow that, it will ignore even a temporary fix. Another suggestion to disable plugins one at a time seemed to have worked for some people, but it didn’t look like it was going to work for me. I disabled plugin after plugin and still kept receiving the error message… and then finally I disabled the last plugin and the upgrade went through. Somehow the contact form plugin had been causing the out of memory error.

At that point the WordPress upgrade did take just a few seconds. Upgrading all the plugins went very quickly too.

I’m relieved to be done with the upgrade. And I don’t even want to think about how long it would have taken if I had been forced to take this site offline and upgrade to the new version of WordPress by manually uploading each and every file.

As it turns out, the only casualties were those posts and comments that were deleted at some point during the upgrade. Since I had made that full backup of the site, I still had access to all of the blog content, and I have been adding the missing posts and comments one at a time back into the database. It has taken a while, but I think they are finally all back on the site.