I have never forgotten something that happened several years ago. We were sitting in traffic at the end of a long line of cars, waiting for the construction crew to close off the other lane of one-way traffic so they could let our side go through. There were houses along each side of the road, built very close together. In the fenced-in yard just outside our car window, two small children were playing ball with their dog. The children were exuberant and happy… it was a pleasure just to watch them.

Every few minutes they would run to the edge of the yard and look down the road. It was obvious they were looking and waiting for somebody. Then a car came off the side street and pulled into the driveway, and a well-dressed man in a business suit got out of the car and reached into the back seat for his briefcase. The children almost couldn’t contain their excitement. 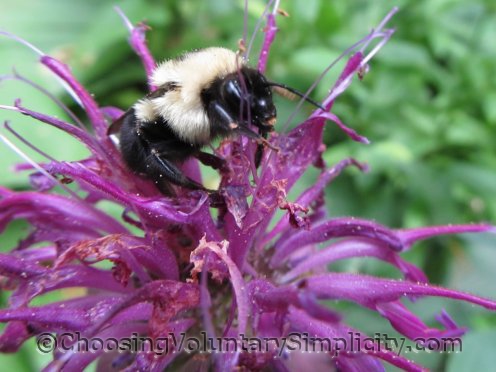 And the man slammed the car door, walked up the driveway and into the house, without even once acknowledging that the children were there.

For several minutes the children just stood there looking after the man, almost as if they expected he would come back. Then they both sat down on the front step, their happy mood completely gone.

I’m sure there must be more to this story, and that perhaps there was a good reason why the father acted as he did. But I wish he could have seen the disappointment on those children’s faces, and I wish he could have somehow realized that just a smile and a few quick words would have made them so very happy. We all have this power over the people who love us… it’s an important thing not to forget.

This is deep thinking. I’m not going to forget this story any time soon. Thank you for an awesome blog!!!!

This reminds me a a similar story only about a dog. I remember watching a bouncy, happy excited dog waiting for the school bus to stop. A boy gets off the bus and the dog approaches with such excitement. The boy comepletly ignores the dog and walks in the house. I wanted to take the dog home with me. Hopefully the story about the kids was a one-time event and not the norm.

A well written gentle reminder that should make everyone think. Thank you.

Oh, this gave me goosebumps, reminds me of those movies from teh 50’s when the father was so distant from the children and home. Sad, and that will no doubt have a large impact on the children.

That’s sad. Kids learn rejection pretty quickly – I remember my mum went through post-natal depression after my little sister was born. I was about three or four, and I would go to hug her and get shrugged off. To this day, I’m unable to bring myself to hug or kiss anyone first – I can’t even touch someone’s arm, or take their hand unless it’s offered. I can hug someone back, but I can’t initiate physical contact, even with the people I’m closest to.

jst discovered this site,so entangled to many blogs that i hav read so far,though not planned for but am just too compelled not to stop.you are a great writer,this is simply a gospel for many.i wish….am coming soon.