Home » How To's & General Information » All About Allspice

Did you think that allspice was a blend of several other spices? If so, you’re not alone… but you ARE wrong! Allspice is actually the dried berries of a small evergreen shrub called Pimenta Dioica. The berries are harvested while still green and then dried in the sun until they turn brown. At this point they look like large peppercorns, and it was this similarity that caused Christopher Columbus to mistakenly bring allspice back to Spain when he thought he had found a new source of pepper.

The best allspice comes from Jamaica and has a clove-like scent. Guatemala, Honduras, and Mexico also produce allspice, but their varieties have more of a rum scent and are considered to be inferior to the Jamaican allspice.

Allspice got its name because it really does taste like a combination of spices, especially cloves, nutmeg, and cinnamon, only with more heat. Allspice is used frequently in baking, condiments, seasoning meats, and even in teas. It is especially popular in Carribbean cooking and is the main ingredient in jerk seasonings. Allspice is commonly used in Great Britain, and it is one of the most important spices in Middle Eastern cooking. It is used worldwide by commercial sausage makers. 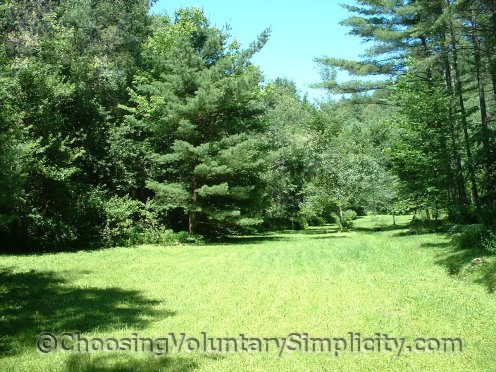 The lower end of our meadow