Home » Cooking & Baking from Scratch » Waffles Made With Yeast

Waffles Made With Yeast

One of the recipes I’ve had waiting in my “to try” file for a long, long time is for waffles made with yeast. It’s a very simple recipe but has to be made in a two step process, and for some reason I have not been able to remember this fact until I actually have the recipe in my hand. I came across it again last night and decided to give it a try!

Last night I did the first step and mixed up the batter. This basically involved beating all the first ingredients together until the batter was smooth. The recipe instructions said to leave the batter to rise at room temperature overnight. I’m never real thrilled with leaving milk at room temperature for any length of time, so I let the batter rise at room temperature until it had doubled in volume, then I punched it down, covered it, put it in the refrigerator… and went to bed. This morning I moved on to the second step, which was beating in the eggs and some baking soda. Again I used the mixer and this process took only a couple of minutes, even though I had a lot of batter because I tripled the recipe. 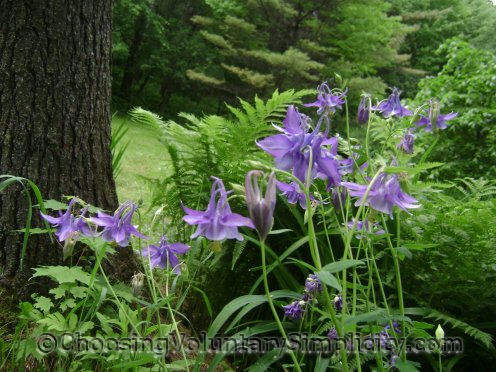 The recipe was a little hard to decipher because it was written in very bad handwriting on the back of an envelope. I can say this because I don’t remember whose handwriting this would be. There are no instructions beyond a note that this person usually has to adjust the flour amount depending on humidity and type of flour used. I just made sure the batter was the same consistency as a regular waffle batter and the waffles turned out great. If anyone is interested in trying these yeast waffles, here is the rather abbreviated recipe as it was given to me:

So what was the difference between these waffles and the waffles that I usually make? Like my regular waffles, these yeast waffles had a slightly crispy outside… the inside was soft… and were light and not sweet (very little sugar in the recipe so they would also be excellent eaten with something savory). The biggest difference was in the flavor… an indescribable “something” that made them absolutely delicious! The majority of this batch was frozen for later reheating in the toaster, but my family still managed to chow down more than a few, topped with homemade blueberry sauce made from the blueberries we picked this summer. This one is definitely a keeper.

How To Make Your Own Chili Powder

Those sound good and especially easy for a Sunday morning. Could you jog my memory and tell me how much yeast equals a packet?

They really are good and there is no taste of yeast… if I hadn’t made them, I would not know they were made with yeast, but apparently the long rising time really adds to the flavor. I use 2 1/4 teaspoons of yeast for each packet of yeast called for in the recipe.

How neat! Thanks for sharing! :)

Hi,
I almost only ever make yeast waffles, and always a double batch for freezing some for breakfast. I have a favorite yogurt based waffle too.

I look forward to trying many of your family’s recipes – as I love to bake/cook, when I have the energy :-)

giving this a try tonight…I am going to leave mine out overnight….as I have made homemade buttermilk out the same way….

I tried the waffle recipe. However, I followed the recipe and left the mixture on the counter top overnight. I LOVE IT!!!! The waffles were light and crisp. They freeze well also. I thaw them in the refrigerator overnight and then like you I just pop them into the toaster in the morning when I want a waffle. I also made the “Mix-in-the-pan Chocolate” Excellent. It was quick, easy and very flavorful. Both recipes are a keeper; that’s for sure. Thanks for sharing.

I have been making these for years. They are the only waffles I make. Because you mostly make it the night before it is perfect when you guests.

They come out crunchier on the outside and creamier on the inside (like bread instead of quick bread). Cook them 10-15 seconds longer than you would a normally would.

I find they come out even more spectacularly if you make “normal” waffles instead of Belgium. Both are good if you only have a belgium style waffle maker.

Don’t worry about leaving milk overnight in the batter. It has to “sour” to produce lactic acid which combined with the baking soda will create carbon dioxide bubbles for an even fluffier rise!

The lactic acid also helps the yeast reproduce and aids in forming the gluten structure which gives it more crunch and texture.

I just tried these, but I like sourdough, so substituted that for yeast. They came out great. Definitely will be one of my regulars.