In 1872, the U.S. population had grown to over 38 million people, and Ulysses S. Grant had just been re-elected for a second term as President. Luther Burbank developed the Idaho potato from a single seed ball, much of Boston burned during a three-day fire, and an American cargo ship called the Mary Celeste was found drifting in the Atlantic Ocean with no crew aboard. On average, horses cost $60, pigs $5, milking cows just over $20, and goats only $2. A farm worker earned $23 per month, a place to sleep, and meals. 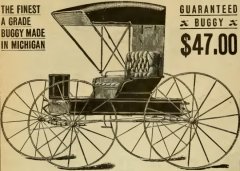 Road buggy with plain top and one seat 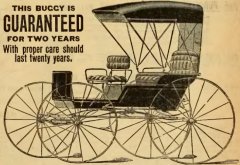 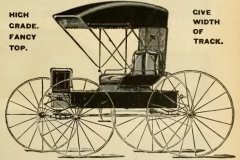 Road buggy with fancy top and one seat

I took these prices from my great great… grandfather’s almost-daily journal entries for the year 1872. (Apparently he was in the market for a new buggy or wagon because this journal was stuffed with these and other clippings… notice the prices!) As in all his journals, he wrote about things that were happening in the family, what was going on around the town, and always he kept a record of current prices and how much he had paid for everything. 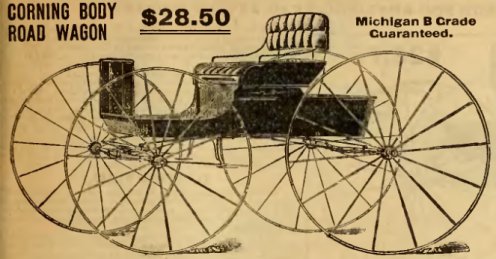 Road wagon (canopy top with rubber side and back curtains, $8 extra)

He kept track of incoming money too… his salary for delivering the mail by stagecoach, the money his wife brought in by selling eggs, butter, and cheese, and the money from cutting and selling firewood. There was money from crops and animals and from boarders too… there was always at least one hired man, and during the school year the teacher lived with them too. It’s interesting reading, and when I get to the end of every journal I always wish he had written even more!

Many People Will Walk In and Out of Your Life…

I’m Sorry But I Can’t Hear You

It really is amazing what has happened to our currency since the Federal Reserve came into being and we went off of the gold standard.

I found this post very very interesting. It’s always fun to see how things have changed. Don’t you wish we could buy groceries at those prices now but still have the wages we have today? :-)

I love this site…I am writting a book and I want to use as much as possible price and things from that era.. Thank you for the information.. Nan..from Wyoming.. Thank you!

I want some of that 19cent roasting beef and 29cent rump steak! One of those 29cent per lb hams would be nice too. Another great post. Thank you for this extremely interesting blog.

Thank you for this! I am writing an essay for History class and this has helped me immensely!

I’m a history buff and I love reading the data on web sites like this. Life and the world were so different back in the 1800’s. I try to imagine what daily life was like back then. Without todays machines, gadgets and conveniences, life was no doubt much harder, but in some ways it was probably actually better.