Home » Voluntary Simplicity » The Importance of Learning To Care

There was a sad story in the news about a nine-year-old boy who poured lighter fluid on a kitten and then set it on fire. The boy and two of his friends stood nearby, laughing as they watched the kitten die. How could the boys be so cruel to a defenseless animal? How could they watch the kitten’s agony and remain so detached? Did they not realize that their actions would have such painful and permanent consequences? And what about the parents?

It is never normal for children to be deliberately cruel to animals. Extensive research has shown that the way children treat animals can be a good indicator of how they will grow up to treat people. The child who isn’t taught to treat animals with compassion and kindness often becomes the adult who is incapable of feeling or expressing any real emotions or empathy for family and friends.

Animals have always been an important part of my life and I wanted my children to love them too. Even as babies, they knew not to be rough with an animal because I had shown them how to touch and pat gently… that poking a finger in an animal’s eye hurts… and that pulling tails or otherwise deliberately hurting an animal just was not acceptable. It is so important that children learn to care… and equally important that their parents show them how.

The first time I ever saw our cherished Lhasa Apso, she was frantically trying to squeeze under a low ottoman while three small children kicked at her and pulled her tail. When they couldn’t reach her tail, they hit at her with a broom and plastic bats to force her back out into the room. None of the other adults even seemed to notice that the dog was being physically hurt. They simply did not care.

I did care. Once when the dog gave an especially loud yelp of pain, I told the mother I thought the puppy was being hurt. She assured me that the children were “just playing with her.” The prodding, tail pulling, and yelping continued. I was really hating what was happening. I have always thought that this little dog must have somehow sensed my concern for her because she suddenly darted over to me, pressed her tiny body tight against my leg and looked up at me with scared, sad eyes.

That did it for me. I found myself offering to buy the puppy. The mother had already told me that they regretted buying the dog and I was pretty sure that getting their money back would be a more appealing option to them than keeping a dog they didn’t want.

I was right. A few minutes later I was on my way home with a very traumatized… and I am convinced… very grateful little dog cuddled against me. When we got her home we could see she had visible bruises all over her body, and the vet later told us that she also had two broken ribs.

Before someone tells me that I can’t rescue all the animals that are being abused, I know that is true… but I COULD save this small treasure.

And we are so glad that I did. 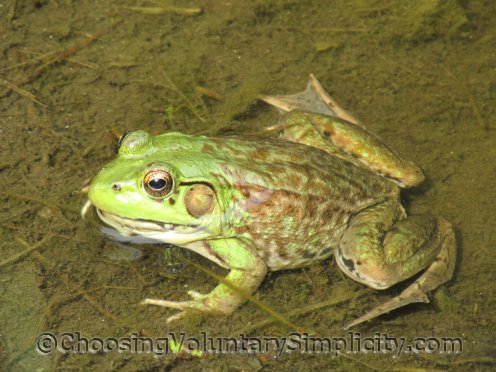 And sometimes, there’s something wrong with their wiring. My dearest friend’s son has never and still at the age of 9, cannot understand circumstances or the sympathy for another that you describe above. It’s terrifying to us to think of him as a teenager. Therapy, medication, diet changes, change of living location, two stable parents, absolutely nothing helps. I’m so glad you saved the dog. I simply don’t understand people who can hurt or let be hurt a creature like that.

Your story brought tears to my eyes. God bless you for recognizing that little pup needed you and for doing something about it.

My personal motto for working with animal rescue is: “Saving the world, one life at a time.” Sadly, we can’t save them all, but each ONE is worth saving as an individual life. You did a wondeful thing, and I know your little pup is happy now! All 22 of my beasties are personal rescues or adopted from rescue, and I am grateful each day that I am able to love each and every one of them – for many of them, life was not this easy before they came to be with us. They show us every day how thankful they are to be here, just by sitting on our laps or snuggling next to us on the couch (or demanding dinner loudly if I am a little late! :D )

Peace to you and yours.

What a great thing you did in rescuing that little dog. We have a lhasa apso too so I know the personality well. They are so sweet and gentle they would never defend themselves. Please people – teach your kids to care.

That is the saddest thing I’ve ever heard. I just can’t imagine what possesses people to do that. Your puppy is very lucky to have you in her life.

Oh my word. I’m almost speechless. I’m so glad you were able to save that little dog. I am a rescuer of Siamese/Tonkinese kitties (I have two) and my newest has a permanent brain injury. We can only imagine how it came to be, knowing how insecure and skittish he was at first. We celebrated 1 year together this weekend with the annual vet visit. My vet just marvelled. When we brought him home and set him down for the first time, all he could do was spin in circles. We had a very tenuous 2 months of intensive medical treatment, and now he only spins when there is loud noise (like the vacuum, I do not have a super clean house anymore…!). My vet said “…I really didn’t think he would make it.” Wow. She never gave me that impression the whole time we fought for him.

Thankfully, his brain injury left him with a perpetually sunny disposition. He’s such a joy. I do not, and never will understand cruely to animals in any manner…

I have always believed animals are the best judge of character and having a dog run to you for rescue is saying so much, you did a great thing! The story about the kitten is truly disturbing and I wish I could rescue every one of them. We have 4 rescues and are welcoming our first baby in a few weeks who will grow up surrounded by all the members of our well-loved pack. I can only hope we can pass our empathy and compassion on to our children.

I have always thought you can judge a persons character by the way they treat animals.It speaks volumes to me and I would not care to be around people who feel differently.The statement”it is just a ….dog/cat/horse etc.” usually clues me in also.I have had remarkable interactions with many animals I would never have guessed(toads for example)and I was fortunate enough to have an amazing dog Sandy who we rescued from going to the animal lab at our hospital of employment.She is a 2nd daughter to me.We had her 12 yrs and I miss her every day.