We finally have an inspection sticker on our new car. The inspection itself was routine and was done a couple of weeks ago, but just as the sticker was about to be put on the car, my husband noticed that the town clerk had typed in the wrong birth month when she filled out the registration forms. We have spent nearly two weeks trying to have that mistake corrected.

Despite three hour-long visits while the town clerk talked to someone official on the telephone, no one could figure how to make the corrections in the computer database. And they told us that if the corrections could not be made in the database, the registration itself could not be corrected. Amazingly, even when the town clerk called the software company the town hires to write these programs, the company was also unable to make this simple correction. What everyone wanted was for us to absorb that fee and pay another fee to register the vehicle again… but in this state the change in birth months would have also required another inspection and a second inspection fee as well… none of which we were willing to pay. 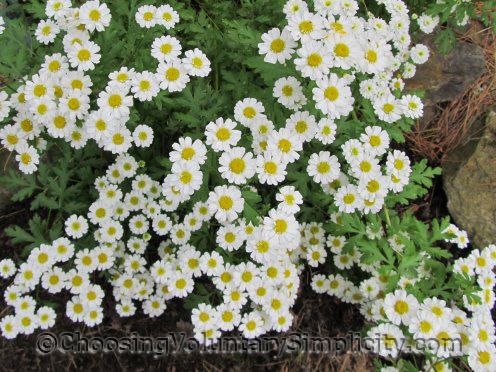 Finally, in desperation, my husband took the information and all the forms and went directly to the state motor vehicle department. It took a while there too because nobody knew how to correct the town’s mistake, but at least the people there were willing to keep trying different options, and someone eventually figured out what to do. The registration papers now have the correct birth month.

Then it was back to the garage with the corrected forms. We had been told to just bring the corrected forms back anytime and that no appointment was necessary. It didn’t work out that smoothly. The first day the garage was closed early for some reason and no one was there. The second day the garage was out of stickers and wouldn’t have more until the next day. And this morning the man was elbow-deep in car repairs… literally, with his arms and hands covered with grease… and he asked if my husband minded coming back later. Happily, even this story does have an ending. My husband returned to the garage and as of about an hour ago, all the necessary inspections and registration papers have finally been completed and are correct… the inspection sticker has been put on… and our new car is now legal.

The law required us to deal with the town clerk… she made a mistake… and we were expected to just accept her mistake and pay extra because of it. Even trying to explain what happened and what they wanted us to do sounds ridiculous, and there’s nothing quite like the helpless feeling of being on one side when bureaucracy is on the other… even when the bureaucracy is only of the small town variety.

What a frustrating experience that must have been. I remember a few years back when I had a new to us motorhome. The first year I registered it with the town our town clerk put the weight of the vehicle down wrong. She had put down the weight for a much bigger motorhome so our registration fee was over double what it should have been. I paid the fee before I realized that and even though I was still standing there in front of the clerk once she had the check she said she couldn’t change the weight. I called the state DMV and they wouldn’t help me either. It is amazing to me these things can happen.

This may sound strange, but I really believe this is why some people “go postal”. There are so many of these instances of having to buck the system in everything we do, with the system being wrong and us being right, and yet we’re helpless to do anything about it. Some people just can’t keep taking it. I’m glad it all worked out for you.

Isn’t it amazing how computerizing things like motor vehicle registration was supposed to make things go smoother? But now something that would be as simple as crossing out a name or a number on one form and writing in something else just can’t be done.

We live in a fairly small town and the town clerk has just started the practice of sending the paperwork for car registrations to each person so it saves a trip into the town office. Somehow this town clerk switched the registration for my car in my name for the registration for my husband’s car in his name and we have spent the last three months trying to get her to switch them back to be right. I honestly think she couldn’t see why it was important to us to register each vehicle in the right name. It has been extremely frustrating to say the least.