Home » Reader Questions » What Has Happened to My Rhododendron?

Reader question… “Help! I just noticed that the leaves on my rhododendron bush have changed to a purplish color and are curled into tight little cylinders. This rhododendron was here when we moved to this house and it has always bloomed profusely. Now I’m concerned that the bush is dying. Do you have any idea why the leaves would look like this?” –Andrea

I think you can be almost certain that your rhododendron is fine and is just responding to the cold winter temperatures. The leaves of almost all rhododendrons look very different before and after the first hard frost. Leaves that used to be green will change to a reddish-bronze, purple, or maroon… 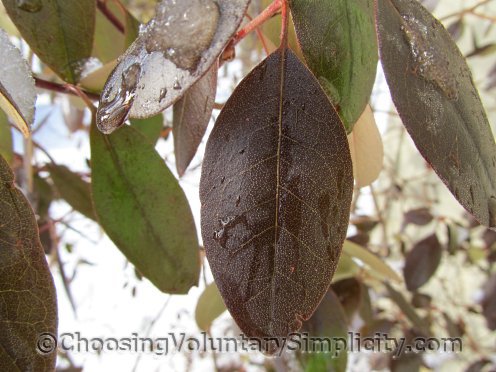 But probably the most startling change is the way the flat leaves will curl into what is often described as a pencil or cigar shape. 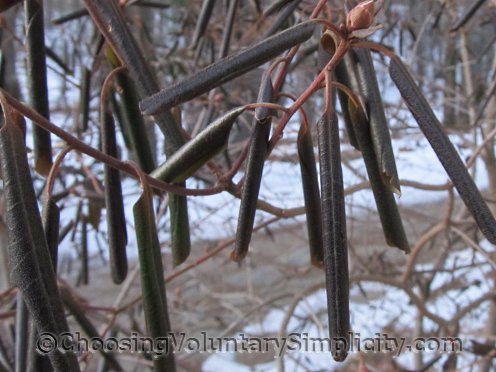 Why do rhododendron leaves curl? There doesn’t seem to be a definitive answer. Some people believe the leaves curl to prevent leaf tissue damage caused by dry winter air… others think that because a curled leaf will not freeze and thaw as readily or as often as a flat one, the curling acts as a protection against cell damage caused by frequent freezing and thawing. 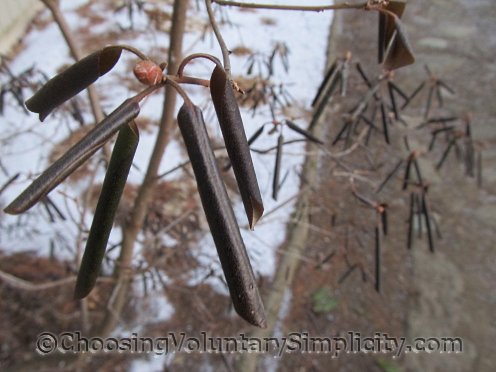 The Realization of How Much You Already Have

For Our Overburdened Spirits