Home » Simply Personal » A Stove By Any Other Name

A Stove By Any Other Name

We need a new stove. Something has gone horribly wrong with the electronic part of the stove we have now and several of the automatic safety features have gone wild. First the oven wires had to be disconnected because it was the only way to stop the continuous beeping that suddenly started late one night when the self-cleaning safety feature turned on by itself and couldn’t be turned off. Then the sensors that shut off the heat when there is no pan on the burner kicked in and wouldn’t turn off, accompanied by all the beeps and buzzers that indicate something isn’t working right. It’s possible that a new electronic panel might fix all these problems, but this stove is twenty years old, and it is past time for a new one.

I’ve been calling it a stove. One salesman told me my terminology was wrong and that we need a range, not a stove, but he wasn’t able to tell me what the difference was. Another salesman from the same manufacturer seemed better informed. He earnestly explained that the appliance world defines a range as being larger than a stove and more powerful. He said that most stoves are for home use and average around thirty inches in width, have one oven and a total of four burners with one small burner and one large burner in the front and one small burner and one large burner in the back. A range, he told me, can be a variety of widths, but most ranges have six or more large burners and one or two ovens.

He seemed really disappointed when I pointed out that most of the product descriptions from the various manufacturers, including the one he worked for, were using the term “range” to describe “stoves” that were thirty inches wide and had two large and two small burners. He had, he said, never thought of that before.

Later I noticed that one manufacturer avoids the debate altogether by referring to all of their stoves/ranges as “cooking appliances.” I draw the line on that one! 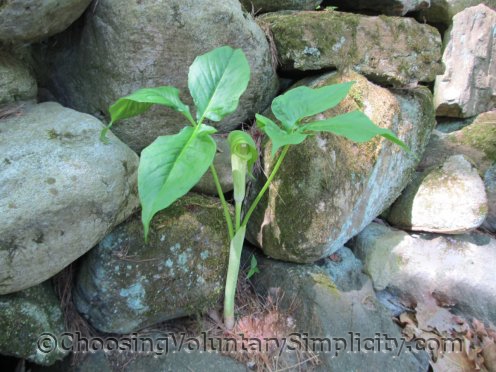 I still think I am buying a stove, and I knew the features I was hoping to find. To begin with, I knew I wanted the stove to be stainless steel and black so it will balance out the black and chrome wood stove that dominates the other end of our kitchen. The best part about the stove we have now has always been the way it fits the room.

I also wanted the stove to be freestanding with double ovens. I wanted to have the option of convection in the larger (lower) oven, and I wanted a quick heating element (“turbo boil”) for at least one of the burners. I also wanted a flat cooktop with five burners, with two burners forming a “bridge” for extra large pots.

I have no interest in most of the other features the salesmen kept talking about. I never will use a self-cleaning option because of our birds. I never will use the timed options or the “chicken nugget” button or “Sabbath mode.” I just want a nice-looking stove that will heat accurately and be reliable.

And one other thing. I wanted the new stove to have a lighted, easy to read digital clock. I think I have missed the clock on my old stove more than the stove itself!

Some of the stoves I looked at had all or most of the features I wanted but wouldn’t have “fit” my kitchen. Other stoves would have fit the kitchen but didn’t have the features. Then I found THE stove, and it was exactly what I had been looking for. We decided we would buy that particular stove just as soon as we finished our renovation work in the kitchen.

And then, about a week ago, this same stove went on sale at a home center about an hour’s drive from where we live. The kitchen still wasn’t quite ready for a new stove, but the sale was the biggest I have seen recently on a “cooking appliance”… a twenty-one percent discount that made the price at this store several hundred dollars less expensive than anywhere else. It seemed like this store was the place and now was the time to buy.

That was when the real problems started, but I’ll save the rest of this story for another post.

The Potential to Turn a Life Around

I always wondered what the difference was between a range and a stove. Some people call a stove an oven too. I hope they drop the COOKING APPLIANCE though. I wonder if the stove industry has suffered because so many people don’t cook at home now. Just a thought.

I recently bought a range with double ovens and I absolutely *love* having the two ovens. I mostly use the upper oven and we see a big difference in our electric bill. I like the idea of the bridge for larger pots but my stove doesn’t have that feature. It does have a chicken nugget button though :o). Great post as always.

My stove has a flat glass cooktop like you were talking about and I really like it, so easy to clean. One thing that I should have realized though, your pots and pans have to have a flat bottom to work well on this kind of cooktop. A lot of my pans had rounded bottoms so I had to replace quite a bit of my cookware. That’s OK though, I like the new stuff better, and I don’t have enough good things to say about the stove. Great blog, I can’t wait to see what happened when all the problems started!

I have a glass top stove, and I was disappointed to learn I couldn’t use cast iron pans. It did, however, give me a chance to pick up some stainless steel/copper bottom pans. I’ve always considered things to be cooked in the oven or on the stove, which are both found in a range. So wall mounted ovens and the burners that mount on counters are not stoves.

“Sabbath mode?” What’s that? Does it not let you use the stove on Saturday?

And I wouldn’t use a “chicken nugget” button – if I make them, it involves REAL chicken, breading flour, and my deep fryer ;-)

I want an induction cooktop, too, while I’m dreaming :-)

I would never use the self-cleaning mode with my stove either. I don’t have birds but I do have a budget. By the way, I cook with gas. The top burners are wonderful but my bread isn’t as good with a gas oven. I wonder why.

Shirley, please don’t leave us in suspense! What happened????

ps. I love this blog. It is my touchstone of sanity in a crazy, mixed-up world. : )

Beth, the Sabbath mode basically lets you set the stove to come on at a later time.