Following on from A Stove By Any Other Name…

The salesperson took our order but the computer wouldn’t let him enter it into the store’s ordering system. It took a while, but he eventually found out that this stove was not in stock in the store or in the regional warehouse and apparently never had been. The salesperson apologized profusely and said this stove should never have been advertised as available at this time. He said because the stove was a new item for them, it probably would not actually be in stock until after the start of the new year.

It had taken me so long to choose a stove, the last thing I expected was that I wouldn’t be able to order it. It looked like I would probably have to start my search all over again, but then my husband remembered seeing an advertisement for another appliance store, this one further away from our area, that advertised a price matching guarantee. We spoke to a salesperson in the appliance department who spoke to the manager and were told that yes, because they did stock this particular stove, they would match the sale price from the home center. Within minutes we had ordered and paid for the stove, stock had been checked, and we had been told to call the next morning to find out which day the stove would be delivered. 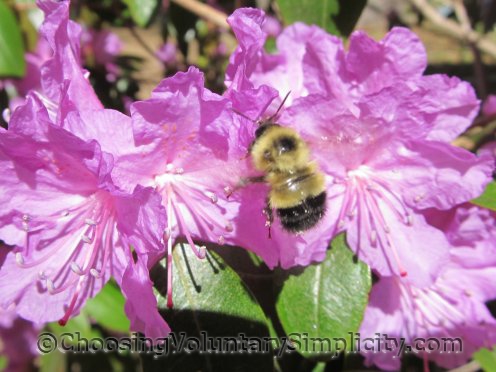 The salesperson who took our order was named Anna and she did the paperwork, but the manager was always there in the background. He is the one who checked with the other store to verify the sale price for the price match and he was the one who OK’d the order… this manager was very much a part of every aspect of the transaction.

When I called to get the delivery date the next morning, everything had changed. I was told that Anna was not available to speak to me, and the other salesperson I spoke to could not find the order. I eventually worked my way up to the manager, and he did acknowledge the order but said that Anna should never have told us that they could match the other store’s sale price. When I pointed out that he had been the one, not Anna, to investigate and approve the sale price match, he said he wasn’t sure… he might have been… but IF he had approved it, it was because Anna had not presented the information to him properly. None of which, of course, was true. Poor Anna!

I expected the manager would tell me that the order had been canceled, so I was really surprised when he said that because payment had been made and the order had already been processed, they were obligated to honor the commitment “Anna had made.”

Supposedly we have “bought” the stove. So will it be delivered on the 28th? I’ll let you know.

Learning How To Eat Again When You Have A Soy Allergy

Just Because They’re Not on Your Road…

I had a supervisor like that once. No matter what I did, and I was really good at my job, this woman made it look like I had done something wrong. It wasn’t just me, she did it to everyone. My sympathies to Anna and I hope you do get your stove after all.

I was glad to see this post because I have been wondering what the second part of this story was going to be. I agree – poor Anna. I’m Anna too and I also have a terrible boss so I can empathize but to everyone reading this, I am not the Anna in this story. I’m hoping that nothing prevents the order from going through and that your stove is delivered as promised. BTW I really enjoy your blog.

I sure hope Anna doesn’t lose her job over this. Maybe a personal letter of recognition of her good work and customer service skills directed to an area manager would be a good idea. It’s easy to complain about bad service but most of us forget to compliment the good service, right? Glad you are getting your new cooker finally!

I feel badly for Anna and hope she doesn’t lose her job over this. I also hope you receive your stove! It is a real shame that we have become conditioned to accept such lousy service and treatment as the norm. In my smallish town, all of the excellent, but somewhat more expensive appliance and hardware stores have been replaced by cheaper, big box stores. The service has suffered.

TR and Goldfish, that’s exactly what we thought, so after this happened I wrote a note to Anna thanking her for her competence and friendly manner, and I also sent a copy of the note to the owner of the appliance store. I got a telephone call from Anna earlier today thanking me for the sale and also for writing the note. I told her I was sorry if the price match got her in any trouble, and she reassured me that it had not and that she had followed store policy exactly and that the manager was “new and confused.” Anna said the owner has made sure that the manager now knows that price matches are not only allowed but are commonly done. I am relieved to know that the store does do these price matches routinely and that nothing out of the ordinary happened with our order. Anyway, Anna definitely will not lose her job… and she seemed pretty happy with her commission!

That’s so sad, it used to be that businesses would do what needed to be done to keep a customer happy, instead of coming up with excuses and blamming someone else. Best of luck on your wait.

The best part of the story is that you wrote a letter to the owner. Do you know how rare that act is. People do go out of their way to complain about bad service but almost never go out of their way to highlight someone that goes above and beyond. We should all strive to do it more, but sadly with the state of service these days the opportunities are few and far between.

I cannot stand incompetent lower management types,
I caught a shoplifter redhanded once,,my manager told the
thief ,,”I’m sorry,,I’m sure he made a mistake”. My foreman went goofy,and I was fairly insulted.