It used to be that people learned to cook by watching someone else. Cookbooks were mostly reminders or suggestions for people who already knew the techniques. This is why very old recipes often seem incomplete… most were intended to be used as a guide, rather than as actual instructions. It wasn’t until about 1890, when cooking schools became popular, that general methods of cooking were taught. At that time, many recipes were studied and rewritten to make them more understandable for the student. Fanny Farmer, a woman whose name is still well-known today, was a student at one of these schools. She eventually became a teacher in the same school, and she was responsible for introducing the idea that all recipe measurements should be level measures. Until then, cookbooks called for such things as “butter the size of an egg” and “flour enough to make a stiff dough.” 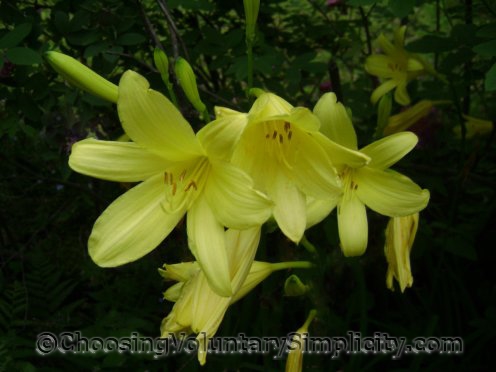 The following recipe for ginger snaps that appears in a cookbook dated 1872 is a good example.

Although this recipe appears to call for equal amounts of some of the ingredients, the measurements were intended to be taken differently. For instance, 1 cup of sugar would be a larger amount than 1 cup of butter, because a sugar measurement was supposed to be level, but butter was measured as a scant cup. Baking powder or soda was measured by the heaping spoonful (which meant that the top was to be rounded up as much as the bottom of the spoon), but spices were measured by the level spoonful. Cooks of the day just “knew” these things.

Then there was the question of what a cupful really meant. Some ingredients were measured in the measuring cup of that time, usually made of tin, which held one fifth less than the eight ounce cup measure that came later. There was also the teacup measure, which was approximately equal to our one half cup, and the wine glass measure that was approximately our fourth of a cup. A coffee cup, tumbler, or glassful (all stated measurements in some old recipes) held amounts closer to our present cup measure.

Flour type was rarely specified. The heaviest, crudest type of flour was called graham flour and was bought only in small quantities because it got rancid so quickly. Whole wheat and white flour were less refined versions of the flours we know today.

Sugar came in many forms, beginning with the cones of sugar that weighed about ten pounds. These cones were cut with a special tool called sugar shears into equal-sized portions, or loaves. Sometimes the loaf sugar was pulverized with a mortar and pestle to make a fairly coarse sugar, but finer sugars were preferred for baking. Turbinado was a very coarse and dry cane sugar. Next came granulated sugar, then castor sugar, which was very much like our powdered sugar today. The finest sugar was confectioner’s sugar.

Leavening was often a problem in the old days. The earliest recipes call for saleratus, which was a coarse-grained baking soda that was used with unpredictable results. Later, this was mixed with cream of tartar (the white crystals made from the scrapings from a wine vat) to make an early and not very reliable form of baking powder. Our present-day products are much stronger and much more effective, so anyone adventuresome enough to try these old recipes probably should adjust amounts accordingly.

Often yeast was measured by the teacup. This would indicate a liquid yeast, such as a sponge. Dried yeast as we know it didn’t become available until the beginning of the twentieth century.

I have several of these old cookbooks, and they’re interesting reading… not just the recipes and cooking techniques, but also the advice and instructions on such varying topics as how to run a household or the proper etiquette for any occasion. They’re a fascinating glimpse into how life used to be.

The Potential to Turn a Life Around

A Matter for Each Individual to Settle for Himself

What an interesting post! I love your posts about old times and the contrasts with the present. Thank you!

It’s nice to find another kindred spirit! I guess it’s obvious that I feel that way too. And thank YOU!

I have a great book that was put together by a descendant of Robert E Lee. it takes all the entries from his wife’s recipe book and then also translates them for modern use. It’s great. I do love old cookbooks.

This post was very interesting. I sutter to think of what I would create making one of these recipes. I would of taken a cupful for a cupful. *laughing*

Thank you for that info. I have an old recipe that calls for a measurement that looks like an “I” or an “l”. What would that mean? (Sorry, this doesn’t carry well on this font)

Kelly, I wish I could help you with this, but I really have no idea. Normally I would think it was a lowercase “T” for “teaspoon,” but since the ingredients you listed were corn syrup and cocoa, a teaspoon doesn’t sound like enough. Do you think it is possible that the person who wrote this recipe had a certain cup (or spoon) that she used for measuring, and the one in the recipe means one of these? Just a thought….

I have a lot of older recipes that calls for #2 can of something or other. How much was a #2 can. I can not find anything to relate to this type of size.

Peggy, I believe a #2 can is equal to 2 1/2 cups… according to one of my older cookbooks. Hope this helps…

Accidently found this site. I have about 1000 cook books, most of them “antique.” Reading about the old measurements on your site was fascinating because it’s interesting to find someone else who has discovered these old measurements and ways of cooking. Even now, just how many of us use these modern cook books as references or just to give an old dish a new kick?