Home » How To's & General Information » Do You Still Want To Shake Hands?

Do You Still Want To Shake Hands?

Just in case you’ve managed to overcome feeling creepy about the bacteria-laden shopping carts, a recent report suggests that people actually have even more bacteria on their hands than scientists previously thought. And according to this study, even though women wash their hands more often than men wash their hands, women’s hands test for the widest variety of different types of bacteria, as well as the largest number of bacteria. 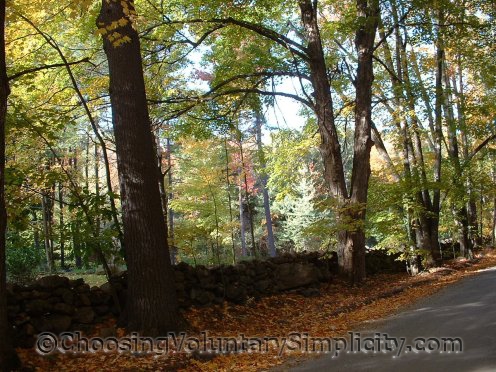 More of our stone walls

The study was done with students after they had taken a written exam… on samples taken by swabbing the students’ palms. All the students showed Streptococcus, Staphylococcus, and Lactobacillus, but surprisingly, forty-five percent of the bacteria found on their hands were from rare species of bacteria. Each student had an astonishing average of 150 species and 3,200 bacteria on their hands. Each hand, even in the same person, had its own individual mix of bacteria, and certain bacteria were more common on the dominant hand in a right handed or left handed person.

No conclusions were reached as to why women’s hands harbor more bacteria and more diverse bacteria than men’s hands do. One theory is that because men’s skin is more acidic than women’s skin, it provides a less favorable growing environment for bacteria. Other possibilities… cosmetics, skin thickness, hormones, and variations in oil and sweat production.

This study also made the unexpected discovery that every person has a unique “bacterial fingerprint.” It suggests that it may someday be possible to tell who has touched what by identifying the bacteria left on the object, in much the same way that fingerprint identification is used today.

A final point from this research is that although washing hands does cut down on the number of bacteria, the diversity of bacteria recovers very quickly. Some bacteria actually preferred growing on clean hands… but washed or unwashed, women’s hands always had the most bacteria.

Ah well, you can’t worry about everything, and I suppose we’ve had these bacteria living on us for years.

Here in France we are being encouraged to stop kissing each other when we meet friends and aquaintence to try and stop the spread the halt of swine ‘flu. Frankly you might as well tell the sun to stop shining as tell the French to stop kissing one another…

I read somewhere that 96% of bacteria living on us is good for us. I also read somewhere that we Americans take WAY too many baths and showers. When I was a kid, back in the 1940s, we had a Saturday night bath in a tub and the rest of the week just washed up before meals. We were outside most of the time and sunshine is the best disinfectant. Kids nowadays don’t know what they are missing by staying cooped up in front of a TV or game thingy.

Well I wipe down the cart handle when I can when I walk thru the door I wash my hands anyway. I went from being sick almost all year down to 2 weeks a year by washing my hands. Mommies were right on hand washings.

Somehow, I don’t find anything “unfair” in having bacteria. When one learns to appreciate life in all its myriad forms and sees death as only a transition into a better life, bacteria and viruses become the manifestation of the same heavenly life force that resides in us all. I live in Pune, the hub of H1N1 in India and was scared of going out in crowded places for a month or so after the first breakout. Then, thanks to our reading group that reads uplifting literature, the fear went away when we learned to look at the virus as just a living being fulfilling its life’s destiny of eating and procreating. Now germs are not villains to me any longer. I hope this will help you in your fear of microorganisms.