Home » My Country Gardens / Reader Questions » What Do Bleeding Hearts Look Like When They First Come Up in the Spring?

Reader question… “Last summer I planted bleeding heart roots in one end of my patio garden. I need to clean away the dead leaves and debris but I’m nervous about accidentally pulling the plants up. I can see something is growing in there but I don’t recognize anything there that looks like the plants did last summer. Could you describe what bleeding hearts look like when they first come up in the spring?” –Cayle

Look for fat “shoots” growing under or through the leaves. In the fall when the temperature of the soil drops, small buds or “eyes” form on the crown of each bleeding heart root. Each eye will become a thick shoot with several growing points. These growing points will become the individual stalks. 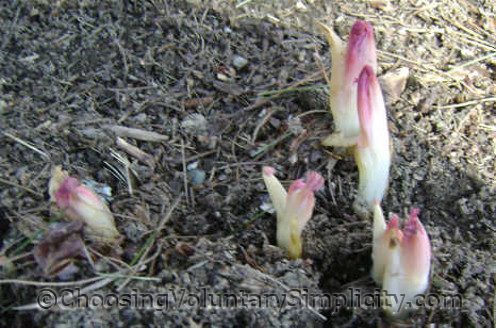 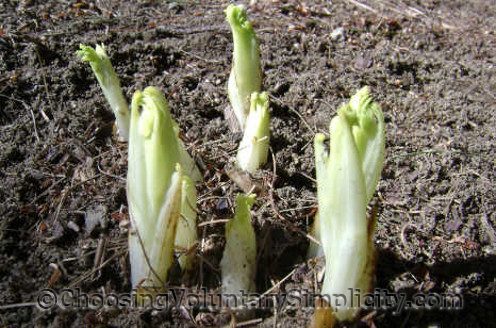 Nature supplies my bleeding heart plants with a thick covering of leaves each fall so their first growth is under the leaves and is always white. 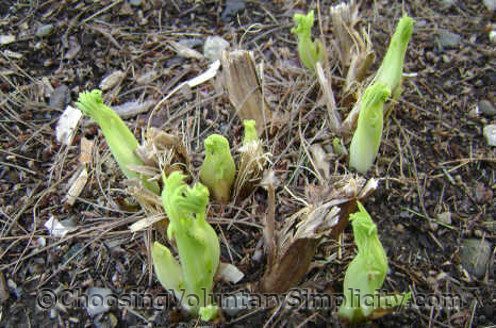 The shoots color up quickly once they are exposed to the sun. 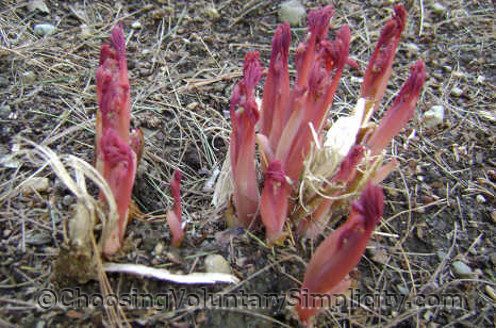 I cut my bleeding hearts back each fall, but I leave several inches of each old stalk to mark where it was growing and I wait to remove them until the new shoots are large enough to serve as their own marker. The old shoots can then be broken off easily without disturbing the new growth. 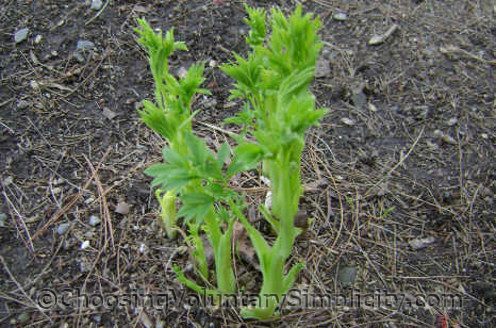 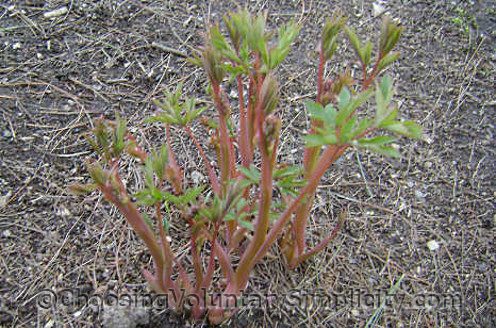 Older established plants will have many shoots and flowering stalks, and recently planted roots will produce only a few smaller shoots and fewer and smaller stalks. The bleeding hearts shown here are both about two years old.

Written by Shirley Filed Under: My Country Gardens, Reader Questions

The Beginning of the End of This Temporary Chaos

I’m not the person who asked the original question but I did want to write to say thank you because you answered a question I have been wondering about. It’s hard to find this kind of information in gardening books or other sources and searching the internet for something like this is really hit and miss. I appreciate having so much good and reliable information in one place like this. Please keep up the good work.

I would like to second what Petra said. I have found so much helpful information on your site.

This will show you what a novice gardener I am. We moved to a new house over the winter and I had some of these coming up in the yard and everyone thought they were hostas! I checked out your hosta post about what hostas look like when they first come up and this one and I was able to tell everyone that they were bleeding hearts not hostas and I impressed everyone because I was right. ;o)

Thank you! First site that actually showed what I have been searching for. TY!TY!TY!

I container garden, and I’ve been buying bleeding hearts every year for the last four years and never had any regrowth, until this year apparently. I wasn’t sure if they were bleeding hearts, I’d never seen the shoots before. Thank you so much for including so many pictures and information! It is so hard to find pictures of things just starting to grow.

I planted both red & white about 3 years ago and the lawnmower guy cut them off by mistake. I just noticed these bulbs coming off the ground and by reading this post I realized they are my bleeding heart plants. What an interesting and informative post. Thank you