How do you feel about eating irradiated food? And how do you feel about the FDA regulation that allows sellers to start irradiating fresh iceberg lettuce and spinach, right away. According to the Associated Press report, the FDA has decided that small doses of radiation will not only kill E. coli, listeria and salmonella on these two greens, the radiation will also give them a longer shelf life. And… they insist that the nutrient value and texture will remain the same.

Even if these claims are true… and many experts dispute them… I personally am still completely opposed to irradiating any of our food products. And yes, I am also aware that the groups pushing to have our food supply irradiated insist that it is completely safe and that no trace of radiation remains on the food. I still don’t want the food my family eats to have been exposed to ANY radiation treatments, and I don’t care how small the dose is. Apparently I am not alone… according to recent surveys, almost two thirds of the people in this country are against food irradiation and say they will not knowingly eat any food that has been irradiated. 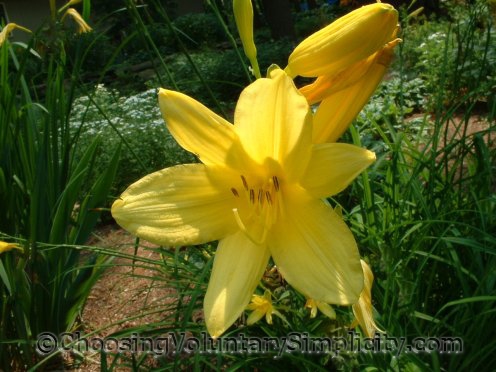 Instead of setting up an expensive and controversial irradiation program, why doesn’t the FDA enforce stricter cleanliness standards for the growers and processors? Wouldn’t it make more sense to prevent the produce from being contaminated, instead of just accepting the contamination and trying to kill it with radiation?

Supposedly the only irradiated food sold in U.S. supermarkets right now is ground beef (sold only in a few states), and the label has to clearly say that it has been irradiated. I was surprised to read that poultry, pork, beef, shellfish, eggs, juice, and spices can also legally be irradiated and sold in this country, but public resistance has prevented them from being sold so far. The guidelines say that if irradiated lettuce and spinach are sold by themselves, they will have to be labeled as irradiated. Does that mean that a bagged salad mix containing irradiated lettuce or spinach will not have to be labeled?

I wonder why this new regulation has not had a bigger place in the news. I wouldn’t have known about it at all except for a very brief mention on the radio news headlines last night. I had to do an Internet search to find more details. It’s difficult to escape the feeling that we’ll all wake up one day and find that all the produce is being irradiated and there is nothing we can do about it. Until then, I have another reason to keep reading labels carefully… and maybe it’s a good time to think about some winter hydroponic lettuce growing.

I have not been able to understand why folks think irradiating food is not harmful.

Living (or once living as the case may be) organisms that we ingest (ie- food) are literally the building blocks for our bodies.

What do you suppose happens if a builder uses damaged materials when building a house?

Totally in agreement with you on this. The FDA can no longer be trusted with our and our childrens health. After I saw the documentary “the world according to monsanto” I knew that I had to do something. I dug out a vegetable garden area the next weekend. If you haven’t seen it please do! GMO foods are out there in our food chain, thanks to the FDA they DON’T have to be labeled as such. The testing has been very little and the biggest factor for me is that the US is the ONLY country where its legal.
Crazy I tell ya! And I am so glad I am finally getting some harvest from my garden. Cheaper to grow at home than buy organic in the stores. I buy organic corn and soy products to avoid GMO. Now I have to avoid radiated foods too? Insane!

The FDA is pushing for irradiation and yes, that bugs the heck out of me. I have chosen to grow more food as a result of that decision. Something that has always bugged me tho, what kind of safeties do they have in the fields? I drive by and have noticed HoneyBuckets showing up more often but where do they wash their hands? What if someone is sick? Obviously the workers can’t afford stay home when they are sick, so are we being exposed to diseases that we would normally not be exposed to like hepatitis or tuberculosis? Maybe the radiation is better than the possible alternatives.

The thing I can never figure out is why the government wants to set up a complicated and expensive irradiation program when improving the handling procedures and following some simple cleanliness guidelines would do the job. People talk about contaminated food as if it’s inevitable, and it doesn’t need to be. I vote a definite no AGAINST irradiation.

Not only have they decided that irradiating produce is fine – yikes! – they are pushing for no labeling, say it is not necessary. Who are these people? And who do they work for? Seems it’s not us … Irradiation also makes growing and handling apt to be more lax. I totally agree, we are headed for trouble here. Hopefully public opinion can sway the decision somehow. I’ve already signed two petitions.

First Ive heard. I have concerns about “non gmo” seed I just got from California. Honeydews. Grown in Ca under radiation pollution from Japan. Think its time to stop buying food from Ca. I plan to put the seed back and only use if under truly dire circumstances. FYI…watch labels on pet food. They irradiate it too.